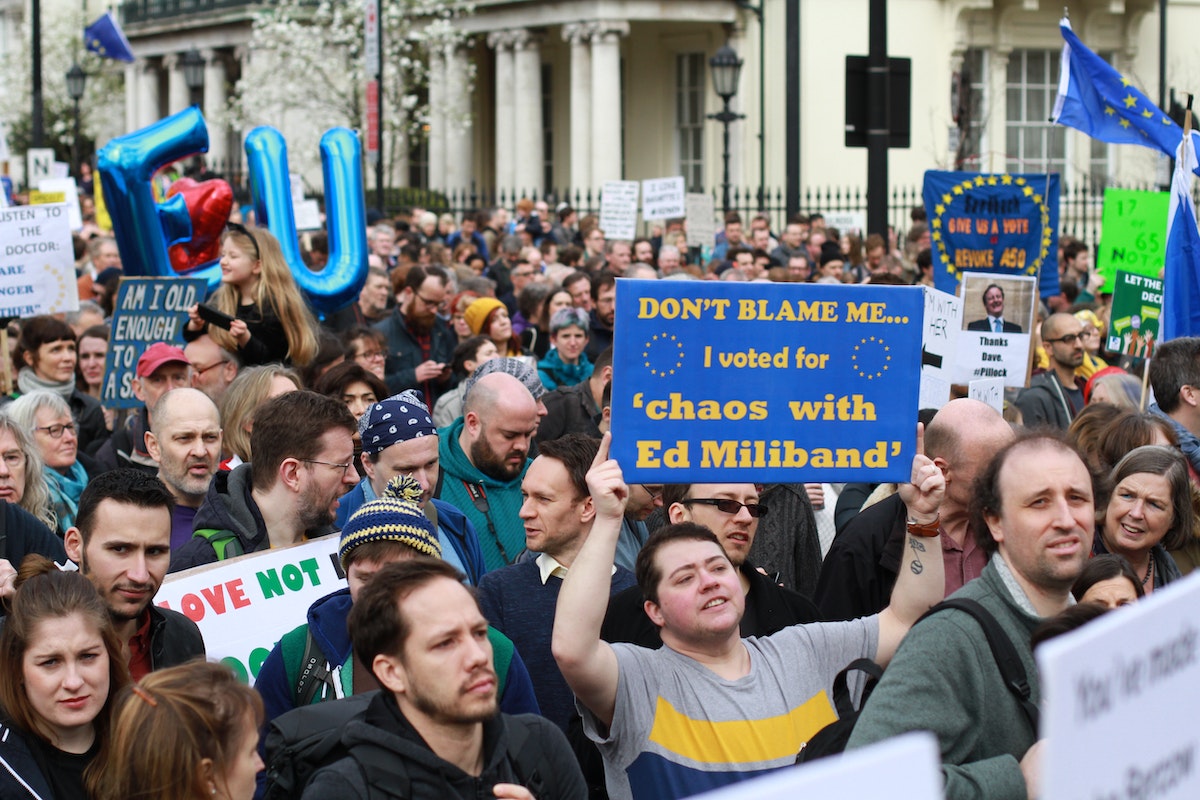 On Saturday, 23 March we participated in the People's March to protest against Brexit, call for a new referendum, and ask the government to revoke Article 50. With over a million people marching from Park Lane to Parliament Square the atmosphere was peaceful and positive. I could see Welsh flags, Scottish flags, political parties from various areas of England. This was a united front, not just a London thing.

I have to admit I was a bit worried what it was going to be like, especially since we were marching with our two year-old, but it felt good to be involved and to show our son we did not just sit back and do nothing. We fought for his future